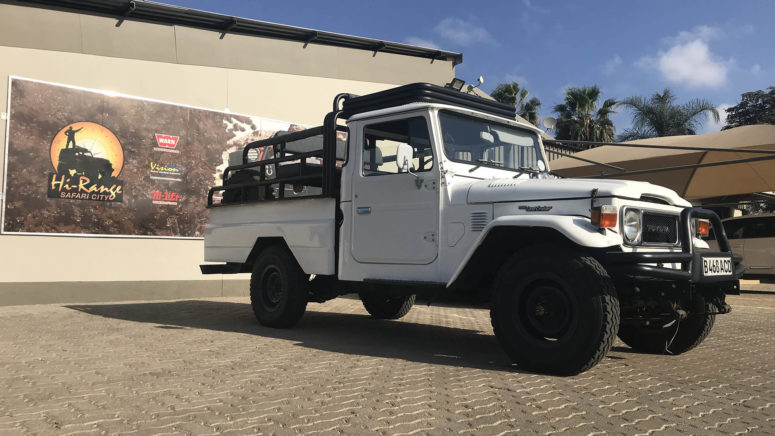 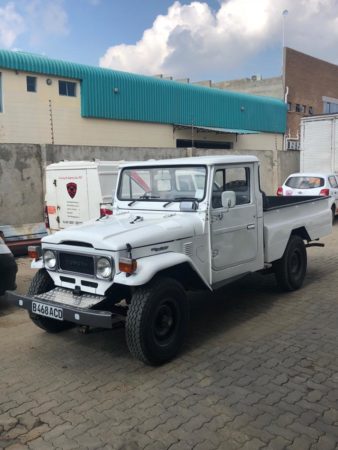 The famous Toyota Land Cruiser 2F pick-up is well known for its unique classic look and strong reliable engine! Built on the FJ40 chassis, the FJ45 was the pick-up version of the station wagon. The FJ series were available in a 4-door station wagon, Long Bed pick-up and Short Bed pick-up. The first of the models came out with a 3-speed manual and was later upgraded to a 4-speed manual transmission.

These vehicles are becoming more and more sought after. Luckily for Mark, he managed to find the needle in the haystack! This is the removable hard top long load-bed model from the 1980’s. Mark has spent the last 2 years working on restoring the old girl, keeping as much as he could to original spec. This can be tricky with these builds as parts are becoming harder and harder to find, so restoration of existing equipment is always a good start. The interior of this 2F is still in mint condition and a clear image of what we could have expected to see from the factory. Apart from our custom made, grey diamond stitch padded canvas seat covers, door lining and rubberized foot well – the rest of the interior – dials and switches are still in very good condition.

Ideally Mark wanted to design something that compliments the style of this vehicle. Step down rails are the perfect match for this classic! With that in mind, we set off with the outlay and basic design of the rails. Good call! Off the front of the rails we have a triple tube basket which sits above the cab. On the top tube we have a canvas covered rail which is raised about 100mm, and can also be used as a gun rest for target shooting. To accommodate the rifles, we have gun racks that allow them to hang two rifles behind the cab. The gun hooks are covered in canvas to protect the gun/s.

The spare wheels have been mounted in the far back corners of the load bin, which is supported with a bracket that drops down from the rails. These wheels really do complete that old style look we are after! On the side of the rails, neatly put away, is an axe and spade which are being held on with Front Runner brackets that have been welded to the rails. Easy to access and easy to use brackets are a win!

The fabricated tow bar with hi-lift jacking points is also a very important feature to this build. This is also a good step on and off the back. Wired in trailer plug also allows for towing a trailer around. Finishing it off with checked plate for grip on the step when climbing on and off the vehicle.

On the front we built a double tube extreme bull bar with a single loop, which also accommodates the detachable A-frame. In order to tow the cruiser, functioning lights are needed on the back. So we wired up the existing taillights on the vehicle to a trailer plug on the front of the vehicle, which then plugs into the vehicle that he will be towing with. This way there is no need for additional lights as the vehicle lights will work as if the cruiser was being driven.

When these vehicles came out from the factory, they never had any interior lights. So, we installed a defused 6-LED light strip. We neatly ran the wiring so it looked factory fitted. This finished off the interior to give it a modern feel but keeping the “original feel”.

A new set of shocks were also installed which should improve the ride, although this vehicle has leaf springs back and front which makes it a hard ride, a good set of shocks will help dampen the ride.

We really take pride in these jobs and look forward to the next one!! 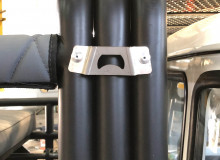 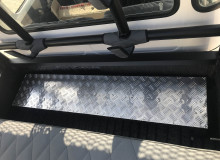 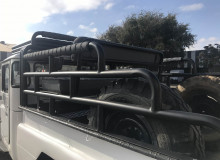 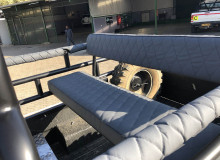 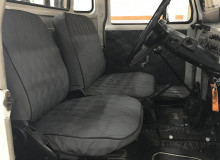 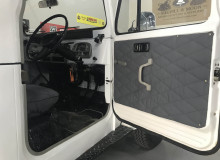 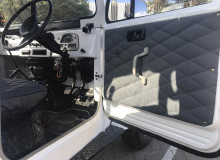 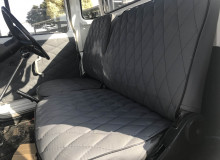 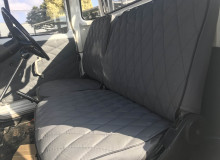 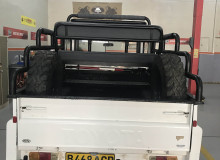 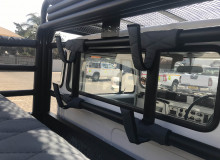 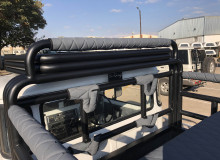 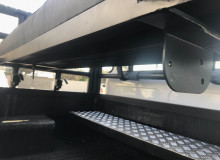 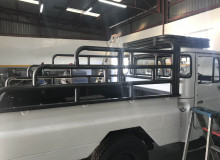 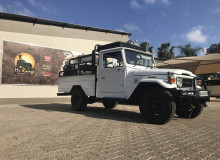 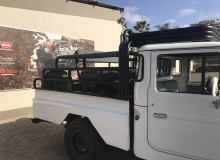 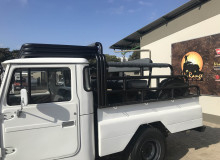 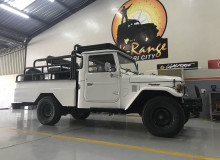 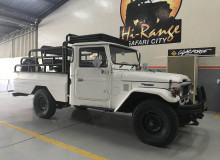 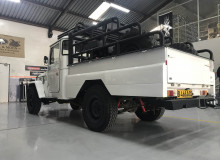